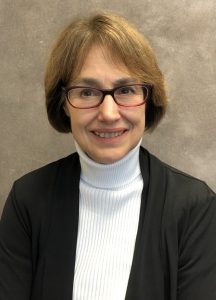 Dr. Horowitz earned her MD in 1980 and an MS in biostatistics/clinical epidemiology in 1991 from the Medical College of Wisconsin (MCW). She joined the Center for International Blood and Marrow Transplant Research’s (CIBMTR’s) precursor organization (the International Bone Marrow Transplant Registry) in 1985 and has served as its Chief Scientific Director since 1991.  The CIBMTR maintains a large outcomes registry that captures clinical data on donors and recipients of hematopoietic stem cell transplants in 40 countries.  It also collects long-term follow data on recipients of non-transplant cellular therapies, including CAR-T-cells. The CIBMTR maintains, in collaboration with the National Marrow Donor Program/Be The Match, a large repository of donor-recipient biospecimens linked to its clinical data.  The CIBMTR brings together investigators from hundreds of institutions to facilitate 80-100 peer-reviewed publications annually that focus on clinical and immunobiologic determinants of patient outcomes. Dr. Horowitz is also Research Director for the Stem Cell Therapeutic Outcomes Database of the C.W. Bill Young Cell Transplantation Program (charged with collecting and analyzing outcomes data on all allogeneic hematopoietic stem cell transplants in the U.S.) and Principal Investigator of the Data and Coordinating Center of the National Blood and Marrow Transplant Clinical Trials Network. The latter is an NIH-funded national network conducting Phase II and III trials focused on transplantation and cellular therapy. She holds the Robert A. Uihlein Professorship for Hematologic Research at MCW and has previously served as Chief of the Division of Hematology and Oncology in MCW’s Department of Medicine.  She has received numerous honors for her work including the 2008 German DKMS Mechtild Harf for advancing unrelated donor transplantation, the 2010 American Society of Hematology Mentor Award for Clinical Science for supporting the training and career development of young investigators, the 2014 American Society of Blood and Marrow Transplantation’s Lifetime Achievement Award, the 2019 American College of Physicians Harriet P. Dustan award for outstanding science related to medicine and the 2019 Aplastic Anemia and Myelodysplastic Syndrome Foundation’s Lifetime Achievement in Science Award.  Dr. Horowitz has served on numerous NIH review and advisory committees and has been continuously funded by the NIH since 1991. She has co-authored more than 400 peer-reviewed publications.