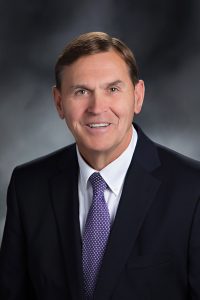 An internationally acclaimed research scientist, Dr. Weber was a major contributor to The Human Genome Project. His discovery of Short Tandem Repeat Polymorphisms (microsatellites) and creation of the Marshfield Maps of the human genome was a significant advance in human genetics. He has authored or co-authored more than 200 peer-reviewed scientific publications.

Dr. Weber received a B.S. degree in chemistry from the University of Wisconsin-Madison, and a Ph.D. in biochemistry from the University of California-Berkeley. From 1982-1986, he served in the United States Army working on malaria vaccines at the Walter Reed Army Institute of Research in Washington. In 1986, Dr. Weber joined Marshfield Clinic Research Foundation where he was senior research scientist, director of the Center for Medical Genetics, and Director of the National Institutes of Health-funded Mammalian Genotyping Service.